Beginning on Sunday, June 10, 2018, 17 youth gathered in the Parish Life Center to begin their Simple Life 11 experience. They brought sleeping bags, pillows, small air mattresses, clothes, and toiletries. They left behind their cell phones, computers, televisions, families, homes, friends, hot showers, and access to their favorite foods. For six days, the teenagers lived  together in community sharing responsibilities like cooking and cleaning, praying together, and serving the community through various nonprofit charities together. They truly had an experience of simple living and simple giving.

The theme for the week was, “It’s a beautiful day in God’s neighborhood.” The group learned about the themes of Catholic Social Teaching and looked for all of the ways they could apply these teachings to what they did each day out in our “neighborhood” of Gainesville, Florida. Everyone looked around for people in this neighborhood that needed help and they tried to respond to those needs with the love of Christ. 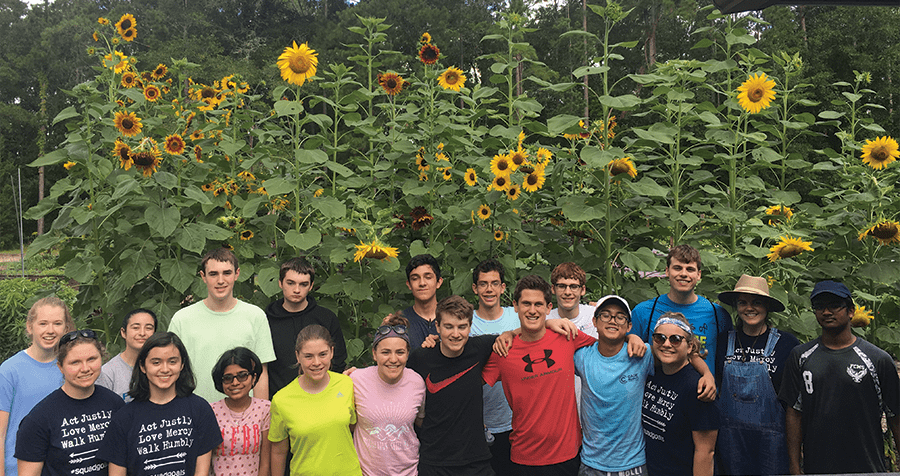 First, the group worked in the Farm to School Hub Gardens alongside some 18-22-year-old students with disabilities. They learned all about the many ways that the Farm to School program helps to bring nutritious foods to children who do not otherwise have access to these foods, and how the program teaches students about growing and preparing food. Everyone was working hard and it was very hot outside. One of the students our teens were working with began to cry out that it was too hot and he did not want to work anymore! He basically said what everyone was thinking. But then, another student said, “I’m not afraid of the heat! I am the fire!” The teens by this time had stopped to watch this conversation play out and everyone had smiles on their faces. This young man’s words became a motto for the group throughout the week to remind them to “become” whatever it was that was challenging them in their work (heat, smells, fatigue, etc.) so that it didn’t bother them—but made them  stronger and able to continue working. It was a beautiful lesson!

The Simple Life group also met neighbors at Catholic Charities and GRACE marketplace. Again, many obstacles presented themselves at each of these places, but the group worked tirelessly anyway to show Christ’s love to ALL of their neighbors.

At the end of the week the group walked, in the heat, to a neighborhood for senior citizens   nearby to help the residents there with chores that they are unable to do on their own. This is where they met the largest challenge of all…the law! Minutes after arriving on the property, the group was greeted by the property  maintenance staff. The staff told the teenagers that they were not authorized to be on the property and would not be allowed to do any work for the elderly there because of liability issues. Everyone was disappointed but decided to try and make the best of their time there and visit each of the residents who had requested help to explain the situation in person and visit for a while if the  resident wanted the company. Soon after the teens began this mission, more property staff addressed them again. The teens were told that they were not allowed to solicit on the property and they would need to leave immediately or the police would be called in to remove them for trespassing! There was a nice resident standing outside of her home at the time and she asked if the group would be trespassing if they were her guests and came into her home? The staff said that they couldn’t tell her who she was allowed to have as a guest so she waved the entire group into her small living room! She told the group about her life and the work she did in the early 80’s with AIDS patients. Then she served everyone cake and soda! Then, a police officer knocked on the door. 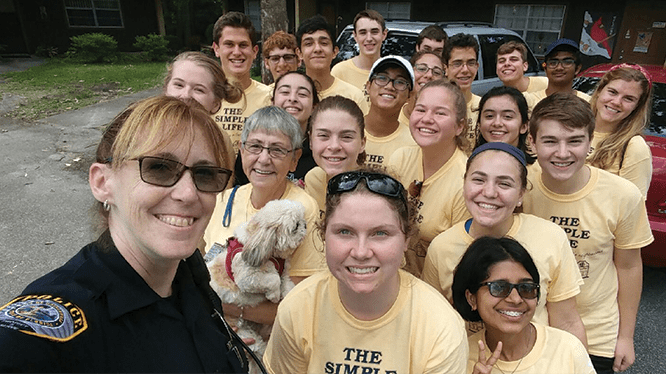 When the officer entered, she asked the teens what they were doing there and when they explained everything to her she called off the other units that were headed that way and told the teens that they were not doing anything wrong. She asked to have a picture taken with them and then left the property.

After this, the property owner showed up and said that the group could have a picnic with some of the residents outside but could not offer to do any work there and then would have to leave. So, this is what the teens did and they were able to meet several other fascinating neighbors including some environmental activists that are now in their 90’s but had spent their lives fighting for justice and even spent 6 months in jail for their beliefs! The Simple Life campers had made lots of plans to help the elderly that day but the Lord had other plans and they were better than anyone could have hoped for (plus they made for a great story!).

The Simple Life 11 was a great success! Campers loved God and loved their neighbors. Most of all, the youth learned to find the good in this world because good has already won over all evil. God is good! 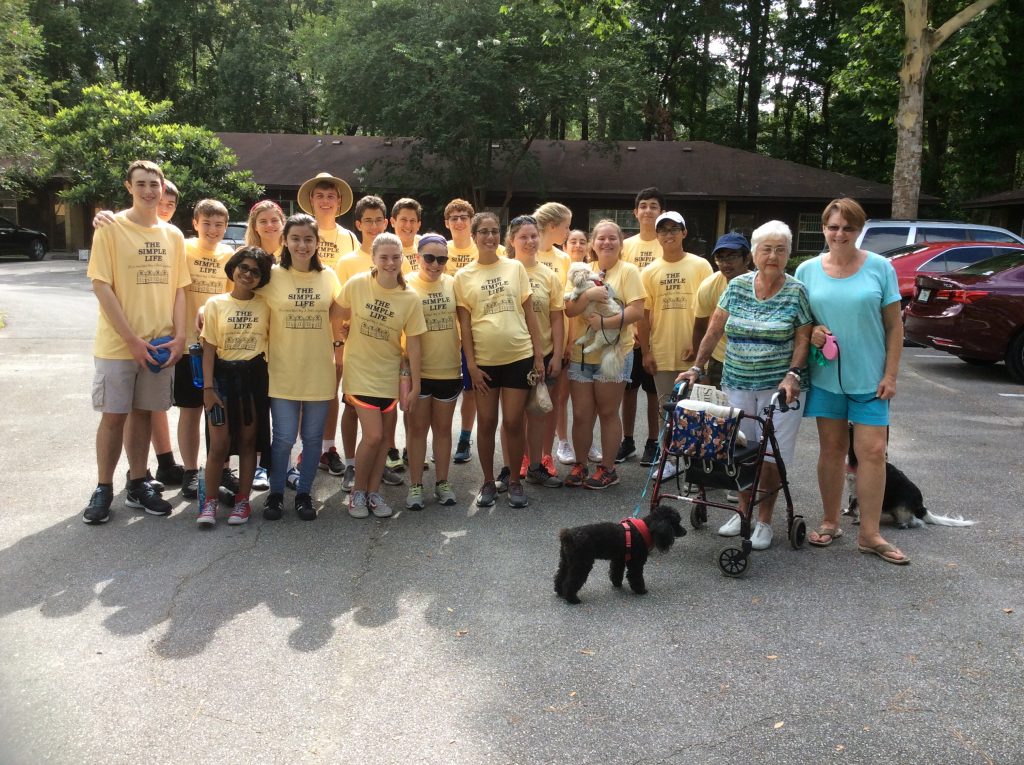